THE ONLY RECORDER THAT ADAPTS TO YOUR WAY OF CREATING

12 simultaneous recording tracks, interchangeable capsules, and an App-driven touchscreen interface, the H8 is designed to meet all your audio recording needs.

THERE’S AN APP
FOR YOUR WORKFLOW

Whether you’re capturing audio on location, recording music, or producing a podcast, the H8 color touchscreen adapts to your project’s needs with three App-driven interface options. All with the touch of your finger.

The PODCAST App makes high-production quality simple. With dedicated Sound Pads, use the touch screen to trigger sound effects, music beds and more. Choose from 13 high quality sounds or load your own via an SD card.

The Podcast app accommodates up to 4 mics and two Sound Pad channels.

The MUSIC App puts all the important controls at your fingertips: audio levels, faders, metering and more. With 10 inputs and 12 tracks, capturing a large group is easy. Mix, overdub, and enhance your recordings with EQ and compression. Connect to Zoom’s Guitar Lab via USB to access an endless assortment of amps and effects. 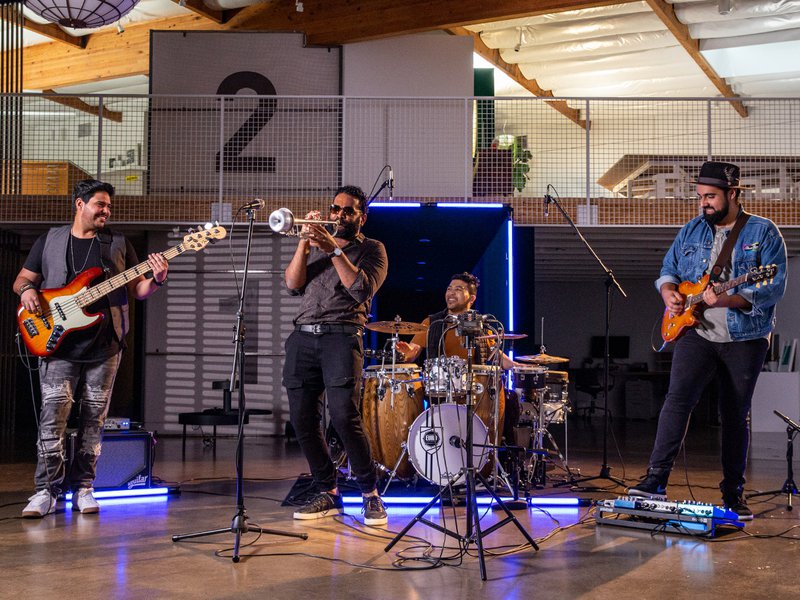 The FIELD App is ideal for location sound, sound design, conferences, and more. It gives you instant access to large meters for every track, so you can make sure your recordings never clip. Adjust input type, lo-cut, compress, limiter, noise gate, and other key settings. 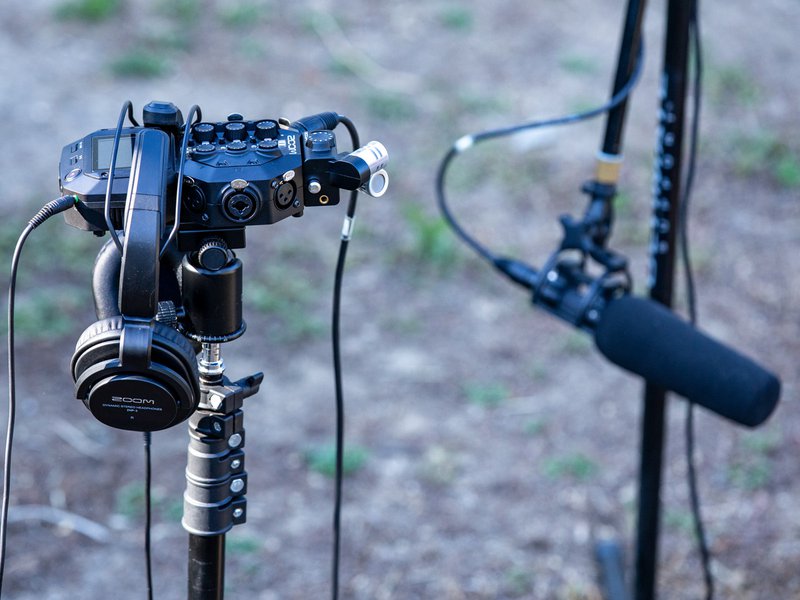 The H8 comes with the Zoom XYH-6 microphone. This capsule provides two matched high-quality unidirectional mics, for capturing signal directly in front of the recorder. With the Zoom mic capsule system you can easily swap capsules to ensure you’re always using the right mic for the job.

Zoom’s Capsule System 2.0 allows up to 4 channels of audio to be added to the H8’s capsule connection, creating new ways to expand your recording capabilities.

The XAH-8 capsule delivers pristine stereo recordings. Easily rotate the capsules from a tight XY pattern to a wide AB pattern to enhance the stereo image of your recordings.

The VRH-8 is an Ambisonic mic capsule that utilizes four condenser microphones to deliver immersive 360 audio recordings. A built-in accelerometer helps ensure the capsule is always perfectly aligned, while the on-board Ambisonic decoder automatically handles the necessary conversions, saving you time in post-production.

The EXH-8 capsule provides 4 additional XLR inputs, giving you a total of 10. Each additional input has a dedicated gain knob and pad switch. You can even use your favorite condenser microphones—just connect a power source to the EXH-8 capsule to supply phantom power.

You can monitor level meters and hit REC,PLAY, and STOP in each H8 application mode. Just insert the BTA-1 to your H8 and connect to your iOS device. 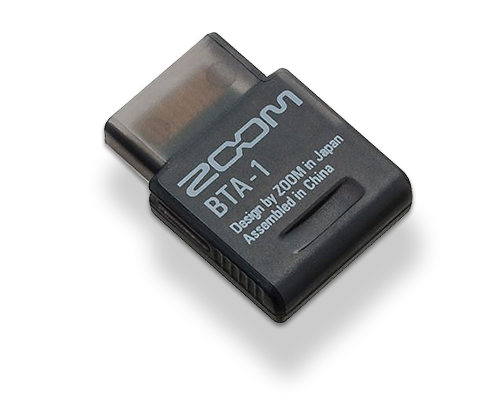 The H8 is a powerful USB audio interface. Connect via USB to your PC, Mac, or iPad for up to 12 channels of simultaneous recording.

Get more than 20 hours of recording time from just 4 AA batteries. Or record forever with the optional AD-17 adapter.

The H8 records BWF-compliant WAV and MP3 files in any of the following formats:

The Zoom H8 comes with a free download license for Cubase LE and Steinberg’s WaveLab Cast software. WaveLab Cast helps you to finalize your project with a wide range of comprehensive editing, mixing, and refinement tools. 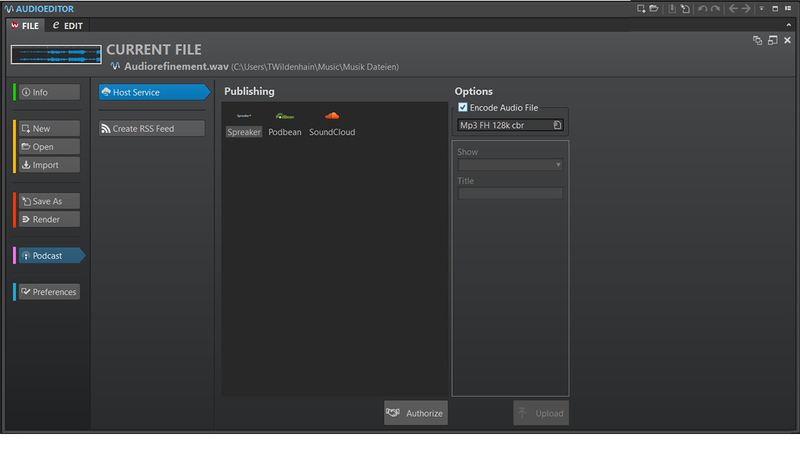 WaveLab Cast connects you directly with podcast directories, such as Spreaker or Podbean*. You can upload episodes quickly, plus directly create and publish RSS feeds. 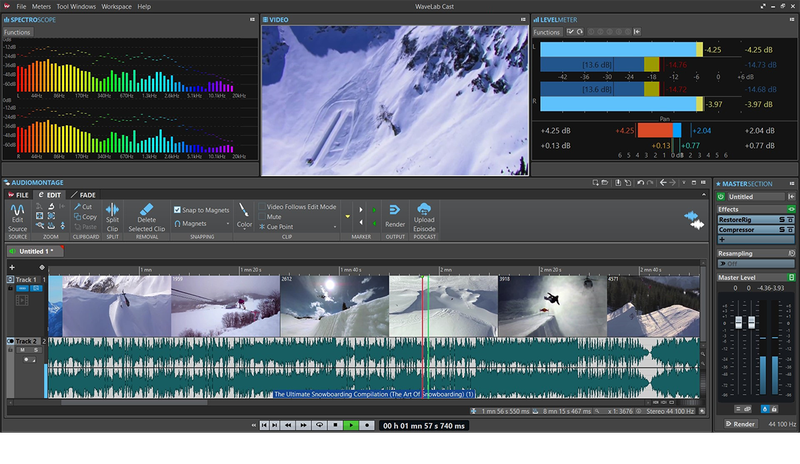 Import your video file and WaveLab Cast will automatically extract the audio. You can use the editing tools to lower unwanted noise, change levels and remove loud sibilants. Metering options allow you to build new tracks, fade-in your music, use EQ and compression. Re-attach the audio to the video file using WaveLab Cast’s export functions. 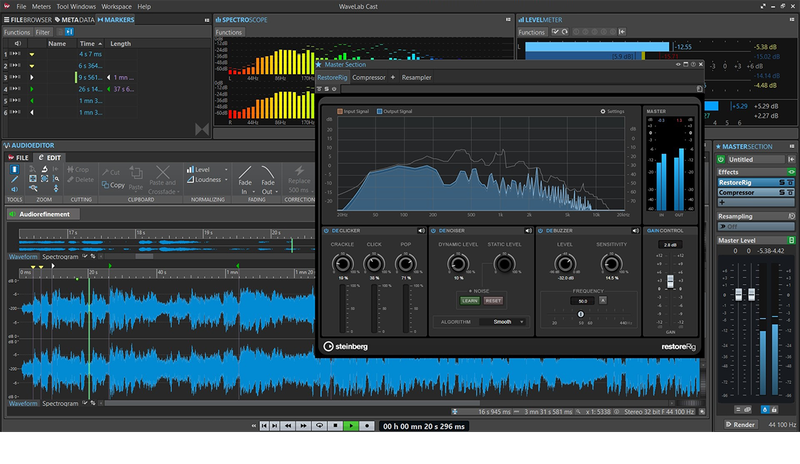 WaveLab Cast supports up to 96KHz audio quality and includes a high-end re-sampler. RestoreRig removes noise and unwanted sounds. You can assemble new files using the snap functions and crossfade options. Once you’re done, export your sound files in any popular audio format.

For information on license activation and upgrades, visit our Steinberg Software support page.

WHAT’S IN THE BOX

HERE IS WHAT COMES INCLUDED IN THE PACKAGE:

There are no reviews yet.