The four, five and six-string bass models promise to deliver an “outstanding performance to cost ratio”

Ibanez has started the New Year with a string of new announcements, and its showing no sign of running out of steam with the launch of an all-new SR600E series of bass guitars.

With four, five and six-string variants – the SR600E, SR605E and SR606E – Ibanez vows to bring the performance and ergonomic benefits bassists have to come to expect from its previous models at a bang-for-buck price point.

Each model has a mahogany body and features a five piece jatoba / walnut neck, complemented by a rosewood fretboard – the first time in several years such a wood has featured on the fingerboard of an Ibanez bass.

While the mahogany aims to give each guitar an “enveloping and powerful tonal foundation”, Ibanez has made the decision to bring rosewood fretboards back into the fold due to the “tonal focus and note definition” they offer – and, presumably, the relaxing of CITES restrictions.

Ibanez labels the new Nordstrand Big Break pickups – which are exclusive to the company’s bass guitars – as the defining features of the new SR600E series. Designed to incorporate a split-coil into a soapbar-style pickup, the Big Break pickups promise to produce powerful, full-bodied tonal textures while retaining the clarity of single-coil sounds with noiseless performance.

Maintaining the air of exclusivity around the SR600E series, Ibanez has included their own custom three-band EQ system and the B500 bridge.

For finishes, each model is available in Cosmic Blue Starburst Flat, while the SR600E also comes in Antique Brown Stained Burst and the SR605E in a Black Stained Burst.

The SR600E models have been announced alongside a host of new Ibanez models, including a Jonn Gomm acoustic guitar, a new Paul Gilbert electric guitar and 15 new RG models for 2021.

Head over to Ibanez for more info.

Get updates from all sorts of things that matter to you 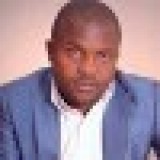